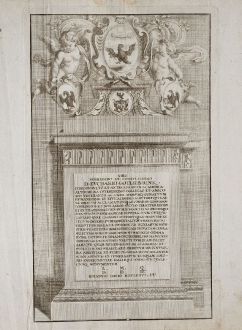 Frontispiece for the Atlas scholasticus et itinerarius by Christoph Weigel. Published around 1720 in Nuremberg. Weigel's well-known travel atlas, which he published in collaboration with Professor Johann David Köhler.