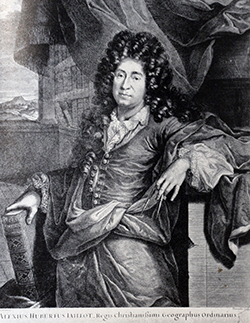 Hubert Jaillot, one of the most important French cartographers of the 17th century, was born 1632. He had a partnership with Nicolas Sanson's son and re-published and re-engraved many Sanson maps. The Atlases and map mainly have been printed by Pierre Mortier in Amsterdam but also in Paris. He died 1712 in Paris.
Accept We use cookies to optimize and continuously improve our website. By continuing to use this website, you agree to the use of cookies. Further information on cookies can be found in our Privacy Statement.