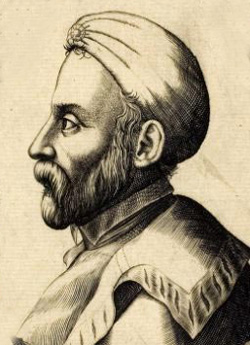 Girolamo Ruscelli, an Italian Alchemist, physician and cartographer, was born around 1504 in Viterbo. He has revised the Ptolemy Geography, which was issued from 1561 until 1599 in Venice. The new copper engraved maps are based on G. Gastaldi's edition of 1548. He died 1566 in Venice.
Accept We use cookies to optimize and continuously improve our website. By continuing to use this website, you agree to the use of cookies. Further information on cookies can be found in our Privacy Statement.