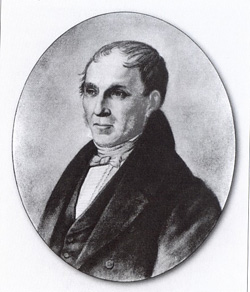 Adolf Stieler was a German geographer and cartographer born 1775 in Gotha. His main work was the Hand Atlas first issued in 1826. He died 1836 in Gotha.
Accept We use cookies to optimize and continuously improve our website. By continuing to use this website, you agree to the use of cookies. Further information on cookies can be found in our Privacy Statement.