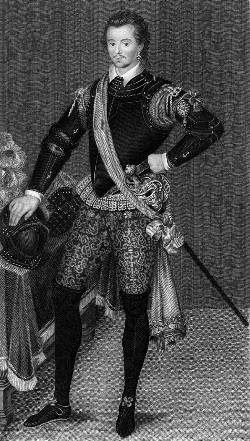 Robert Dudley was an English cartographer and explorer. He was the son of Robert Dudley, 1st Earl of Leicester and his lover Lady Douglas Sheffield, daughter of William Howard, 1st Baron Howard of Effingham. He led an expedition to the West Indies in 1594. The illegitimate son of Robert Dudley, 1st Earl of Leicester, he inherited a large part of the estate of the Earl, according to the will of his father, including Kenilworth Castle. In 1603-1605 he tried adding his legitimacy at Court unsuccessfully. He decided to leave England forever and settled to Italy, where he worked as an engineer and shipbuilder. He published Dell'Arcano del Mare in Florence, the first maritime atlas to cover the whole world and the first maritime atlas of an Englishman. In Italy he styled himself Earl of Warwick and Leicester, as well as Duke of Northumberland, a title recognized by the Emperor Ferdinand II.
Accept We use cookies to optimize and continuously improve our website. By continuing to use this website, you agree to the use of cookies. Further information on cookies can be found in our Privacy Statement.