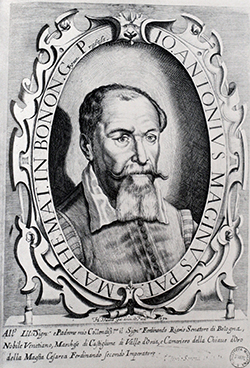 Giovanni Antonio Magini, born 1555 in Padua, was Professor for Astronomy, Astrology and Mathematics at the University of Bologna. He was the first Italian publishing an Atlas of his own country. He also prepared a new edition of the Geographia of Ptolemy, which was first published in 1596. The maps have been engraved by Girolamo Porro. He died 1617 in Bologna.
Accept We use cookies to optimize and continuously improve our website. By continuing to use this website, you agree to the use of cookies. Further information on cookies can be found in our Privacy Statement.