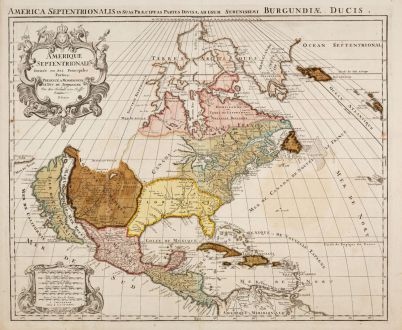 The map is based on the larger map of Jaillot of 1674 and was first published in his Atlas Royal in 1694. The copper plates passed to P. Mortier, but were never used by him. Around the year 1726 a second state appeared, after Ottens bought the Jaillot plates. This example corresponds to the third state with Chez R. & J. Ottens in the lower cartouche and appeared around the year 1729. In later states the copper plates were updated and California is correctly represented as a peninsula, not as shown here as an island.

Hubert Jaillot, one of the most important French cartographers of the 17th century, was born 1632. He had a partnership with Nicolas Sanson's son and re-published and re-engraved many Sanson maps. The Atlases and map mainly have been printed by Pierre Mortier in Amsterdam but also in Paris. He died 1712 in Paris. 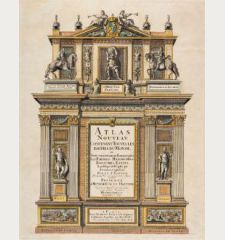 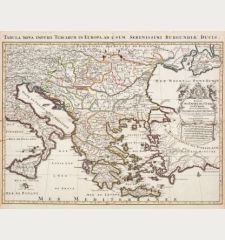 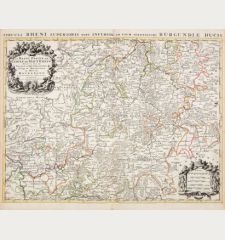 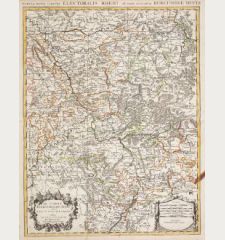 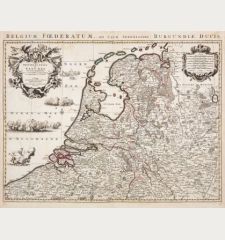