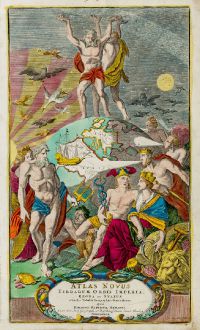 Shows the globe with Europe and parts of Africa. Surrounded by figures of Greek mythology. Engraved by Caspar Luycken (also known as Luiken). 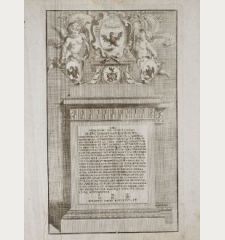