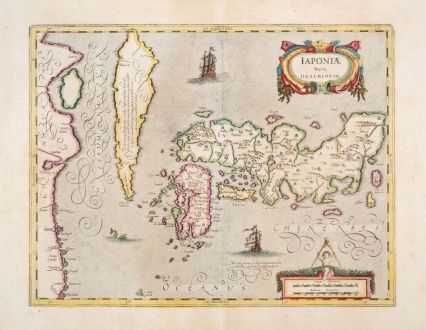 Early Map of Japan with Korea as an Island.

Old coloured antique map of Japan and Korea by J. Janssonius after Mercator-Hondius. In the west the coastline of China, Korea is shown as an island. First published in 1636, this example comes from the French edition of the Atlas Novus, published 1639-49.