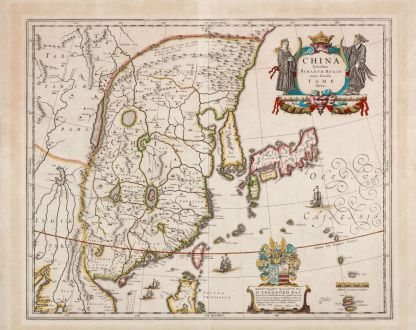 Old coloured map of China by Willem Blaeu. China is outlined in green and bounded by the Great Wall in the north. Korea is still depicted as an island. The representation of Japan was taken from the Japan map of Ortelius.