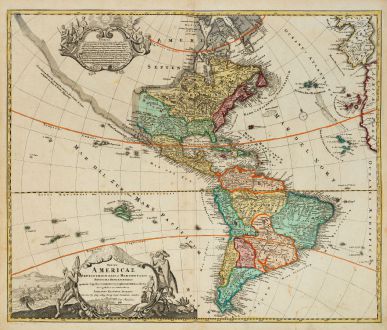 Early antique map of America by Johann Baptist Homann. The first of two America maps by Homann. This example is in the third state with California already correctly represented as a peninsula. For the early 18th century a very detailed map, the Southwest and the Great Lakes have been supplemented over earlier maps by records and reports of the Hudson's Bay Company and French traders.