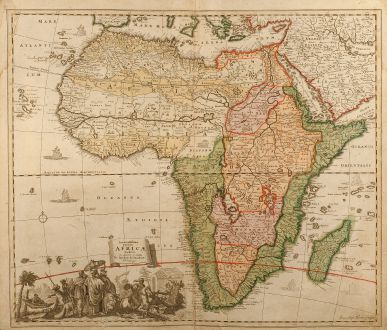 Rare map of Africa engraved by J.B. Homann prior he became his own publisher. The map is printed and published by Jacob von Sandrart and is a close copy of de Wit's map of 1680. Seems to be the only map publish by Sandrart.

Waterstained in the corners, some creases and some browning. Centrefold and right corner backed. Small tears in margin.