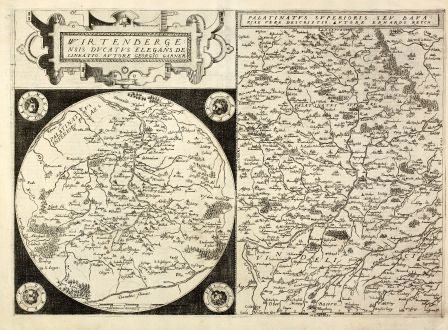 Copper engraved map of Wurttemberg and the northern part of Bavaria by Gerard de Jode. Two maps printed from one plate. The round Wurttemberg map is sourrounded by four wind heads and based on the map of G. Gadner [Garner]. On the right side a map of Upper Palatinate with Munich at lower side, after E. Reych. From the first edition of Gerard de Jode's Atlas 'Speculum Orbis Terrarum' 1578. Rare.

Gerard de Jode was a printer, publisher, cartographer and engraver in Antwerp, active the same time period as his business rival A. Ortelius. His main work Speculum Orbis Terrarum a major World Atlas, which is extremely rare today, could not be published until 1578, eight years later than the Ortelius Atlas Theatrum Orbis Terrarum in 1570. His son Cornelius de Jode reissued the Altas in 1593. The copper plates have been sold to J.B. Vrients after the death of Cornelius, but no further publication was done. Compared to Ortelius or Mercator maps, only a small number of copies have been printed and makes the maps of G. de Jode vary rare items today. 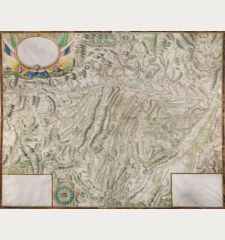 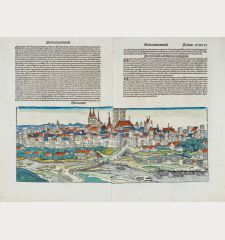 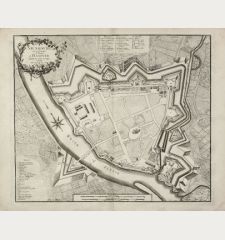 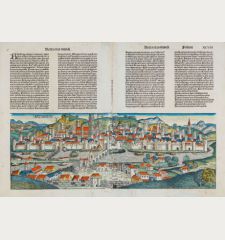 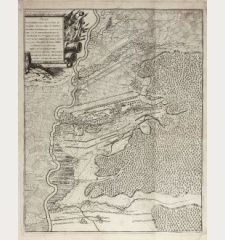 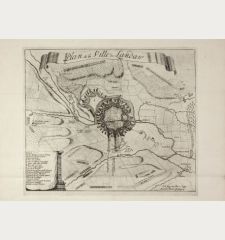 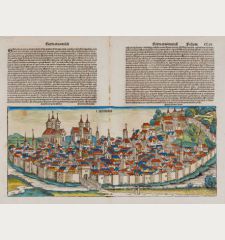 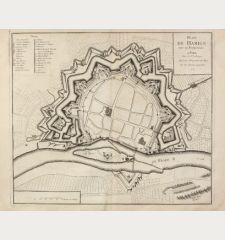 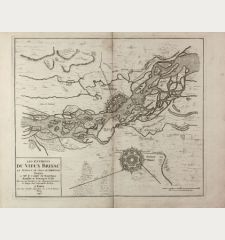 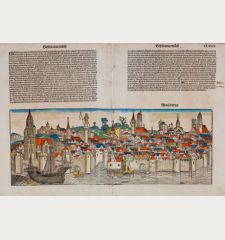 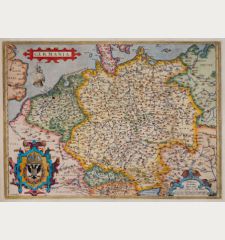 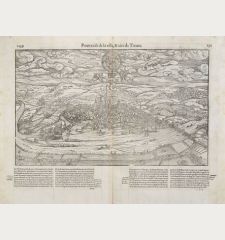 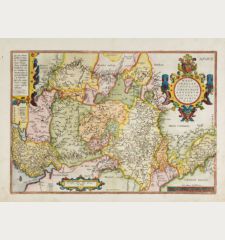 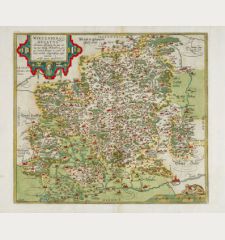 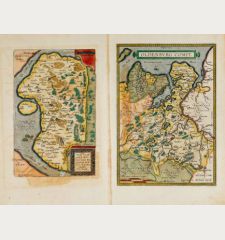 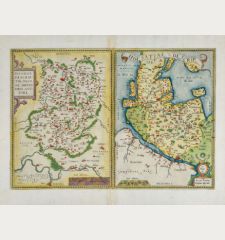 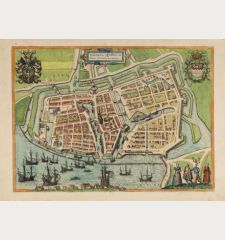 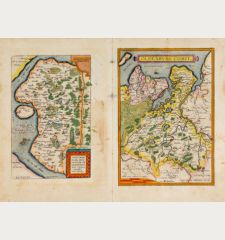 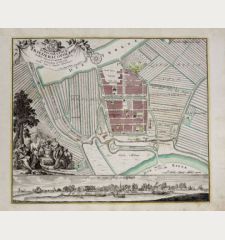