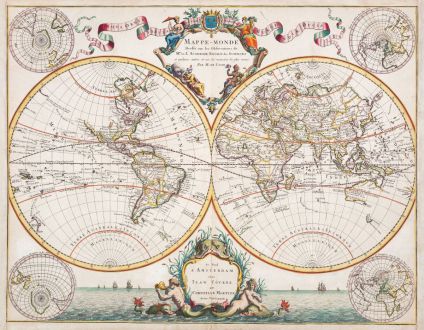 Covens and Mortier
Old coloured map of the world. Printed in Amsterdam by Covens & Mortier circa 1730.

Very decorative double-hemisphere world map by J. Covens and P. Mortier. The map is based on the 1700 world map by Guillaume De L'Isle. Compared to the map by De L'Isle, this one has four additional polar projections and a magnificent maritime scenery to the entire lower area.

R. Shirley describes this the De L'Isle map in The Mapping of the World, Plate 414 (Entry 603), as follows:

He [De L'Isle] was one of the first, in his world map, to correct the extended length of the Mediterranean and to give back to California its true peninsular formation. However, unlike Jaillot, he appears to link New Guinea to Australia and also errs in joining Japan to the conjectural land of Yeco or Yedso to its north. The title to his world map is framed within an elegant cartouche at the top, balanced on either side by a flowing banner... On the map are marked the tracks of the principal circumnavigators.

In common with his other maps, De L'Isle's world map was revised several times... Outside of France other cartographers recognised De L'Isle's superior work. His plate was copied by Pieter Schenk for publication in Amsterdam in 1708 and further copies were made by Covens and Mortier and other publishers from the 1720s onwards. 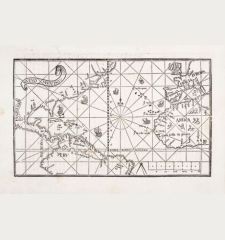 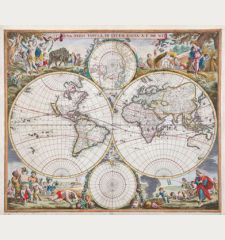 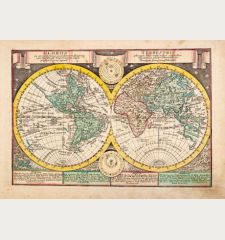 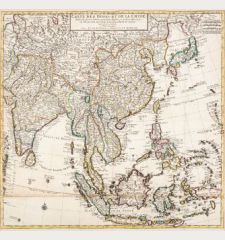 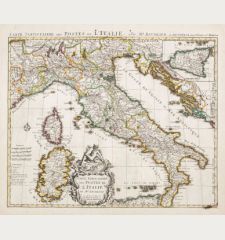 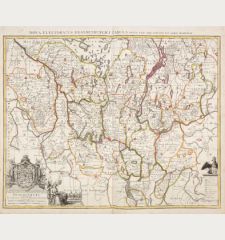 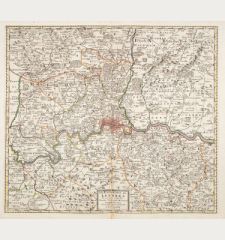