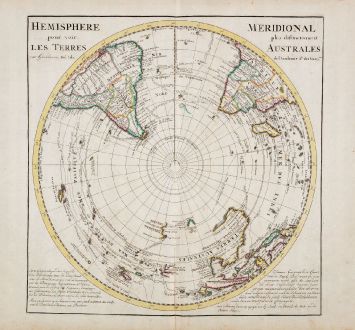 Lower centrefold backed, slightly creased to the right of the centrefold. Very good conditions with contemporary colours. Never framed before.