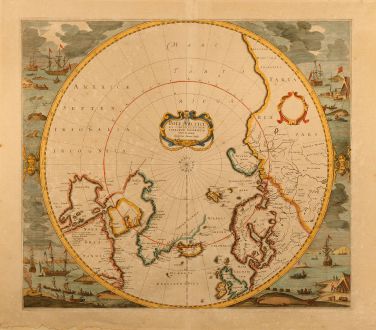 Very attractive Polar map by Henricus Hondius. It was publish first 1636 for the English edition of the Mercator Hondius Atlas after the Mercator map of the North Pole from 1595 became obsolete. First two states did not contain the attractive whale hunting scenes in the borders, this third state from 1638 showing the beautiful details of the whaling industry in early 17th century. During this time English and Dutch industry competed in the Polar region, which appears in the place names of this map, e.g. Q.Elisabeths forland at the east coast of Greenland or London coast at the west coast. The Dutch recognised in Labrador / Newfoundland with Orange Bay and Hollantsche Bay. 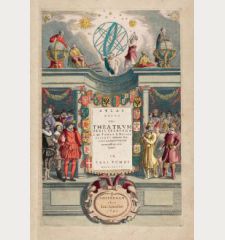