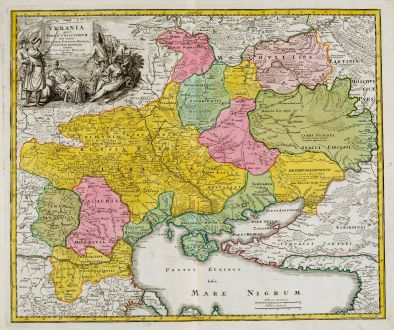 Old coloured antique map of the Ukraine with the Black Sea and the Crimea. Extends from Moscow to Constantinople. With a beautiful figural cartouche composed of native figures. Published 1720 by J. B. Homann in Nuremberg.