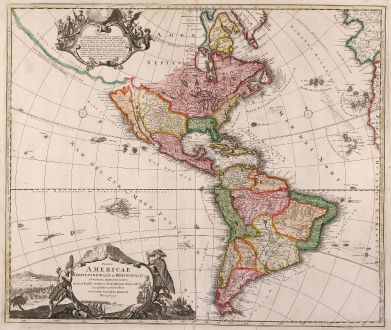 First state of this early edition of J. B. Homann's America map with California as an Island and without printers privilege. The Mississippi River is based on the early French Jesuit explorations, with its sources extending far North compared to maps 20 years earlier. The mythical lake in the South Eastern US is still present.