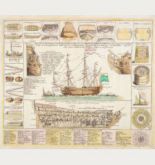 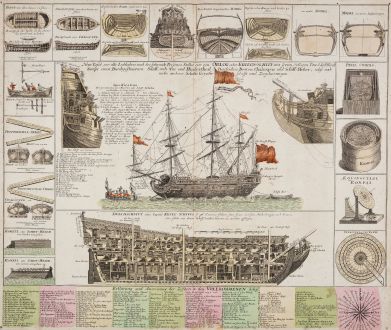 Small pinholes in the margins at the corners, some staining right to the lower centrefold. Very good condition.