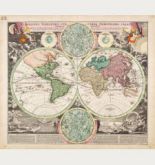 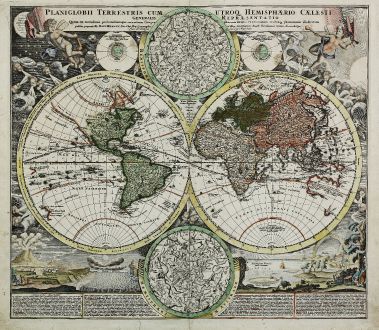 Hand coloured double hemisphere world map by J.B. Homann. With double hemisphere celestial charts. Very decorative and nicely coloured map, showing in background decoration windheads and several natural phenomena such as volcanoes (the Etna), earthquakes, the tides, geysers in Norway and rainbows, all explained in the legend below.