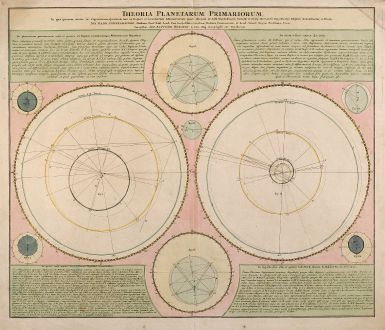 Creases in upper corners, some soiling in margin. Stronger soiling on reverse side.

Johann Baptist Homann: Theoria Planetarum Primariorum.
Doppelmaier's map of the orbit of the planets. Published in Nuremberg by J. B. Homann in 1746.