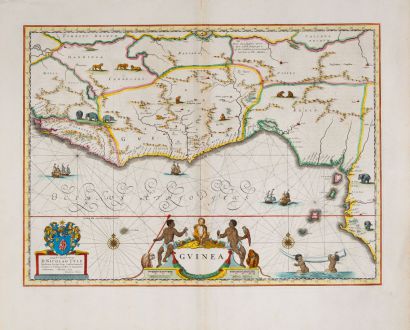 Published for the first time in Theatrum Orbis Terrarum in 1634. This example is from the Dutch edition of 1642/43. The map remained unchanged for the different editions, only the text on verso has changed.