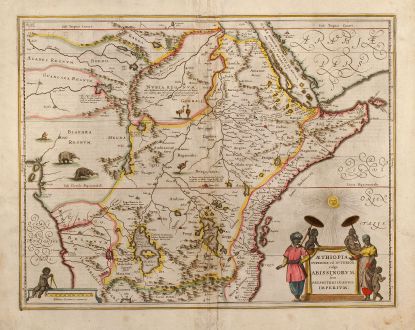 Very attractive map of Central and East Africa. In cartoucheas the area is mentioned as Empire of Prester John, the legendary Christian King that was traditionally located in eastern Africa. Various animals are shown. Dutch text on verso.

Some soiling in margin, some creases around restored centerfold.