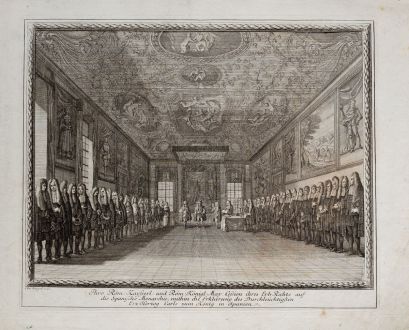 Depiction of the award ceremony of the right of inheritance to Archduke Carl to the King of Spain. Engraving from Bequemer Schul- und Reisen-Atlas also titled Atlas scholasticus et itinerarius by Christoph Weigel. First published in Nuremberg in 1718. Weigel's well-known travel atlas, which he published in collaboration with Professor Johann David Köhler.