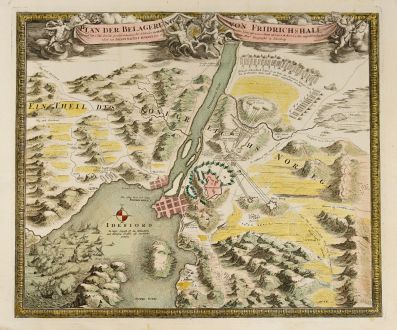 Rare and very decorative plan of the siege of Fredrikshald (Halden) and its fortress Fredriksten in 1718. The engraved plan by Johann Baptist Homann shows the military intervention of King Charles XII of Sweden during the Great Northern War in 1718. The siege ended unsuccessfully because the king was killed by headshots and the siege was therefore discontinued. With decorative title banner and an impressive naval battle. 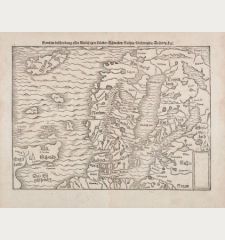 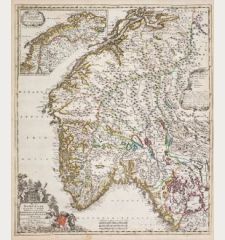 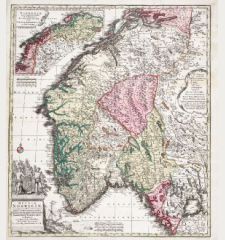