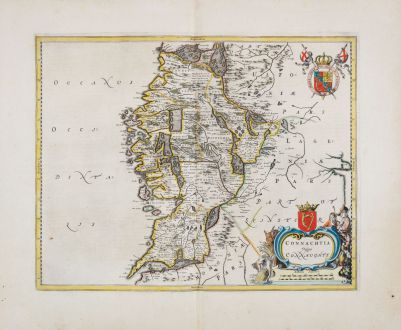 Antique map of Connacht in the north-west of Ireland by Joan Blaeu. Decorated with a magnificent cartouche and a coat of arms. This is the first variant without any ships. First published in Blaeu's atlas Theatrum Orbis Terrarum of 1654. This example comes from the French edition which also appeared in 1654. Beautiful old colours.