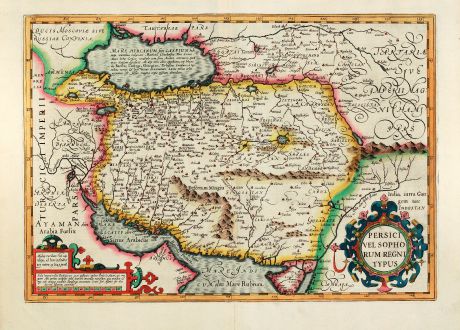 Hand coloured copper engraved map of Persia by G. Mercator. With two beautiful coloured cartouche. Covering the area of today Iran with the Caspian Sea and the Persian Gulf. From a 1628 edition of the Mercator-Hondius Atlas, French text on verso.