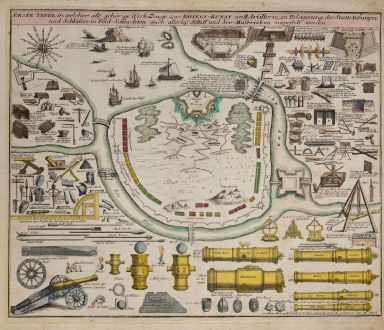 Christoph Weigel (*1654 - †1725)
Copper engraving of a military scene. Printed in Nuremberg by Johann Ernst Adelbulner in 1718.