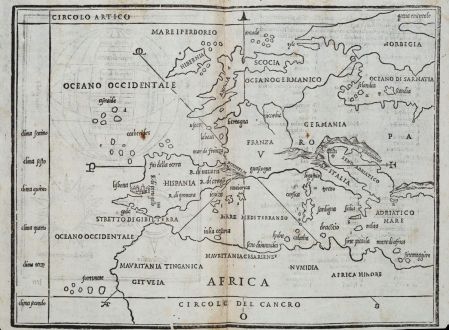 Early woodcut map of Europe by Benedetto Bordone. One of the erliest printed maps of Europe. Shows Europe, the Mediterranean Sea, North Africa in the south and Norway in the North. Planispherical diagrams on verso.

Benedetto Bordone: [Map of Europe].
Antique woodcut map of the European continent. Printed in Venice between 1528 and 1565. 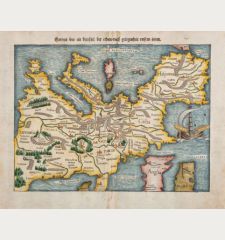