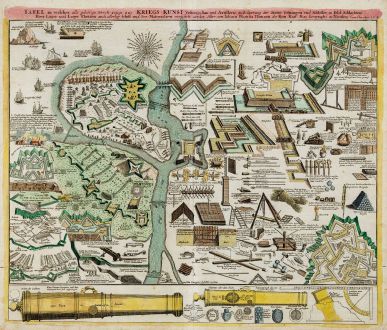 Large, old coloured engraving with numerous illustrations of siege and war technology by Johann Baptist Homann. Including different military equipment such as cannons, mortars, battle axes, various types of ships, as well as terrain sketches with situation. Published around 1720 in Nuremberg.