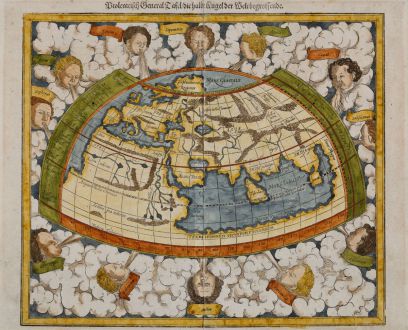 Ptolemaic woodcut world map by Sebastian Münster. With a surround of clouds and wind-heads. Title on verso with a beautiful woodcut vignette. This is the second ptolemaic world map of S. Münster which is used in his Cosmographey from 1588.