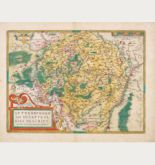 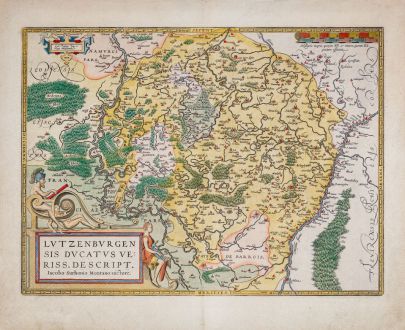 Antique map of Luxembourg by Abraham Ortelius. In the east the Moselle from Metz to Trier, in the west the Meuse with Namur and Charleville-Mézières. Decorated with two beautiful cartouches. First published in 1596 in Theatrum Orbis Terrarum by Ortelius. This example comes from the Latin edition of 1603. Latin text on verso. 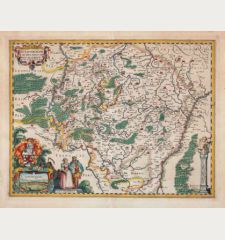 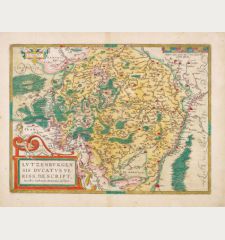 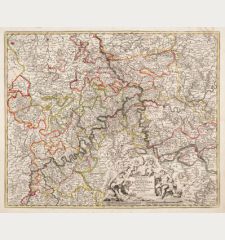 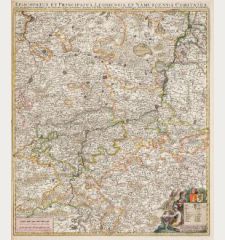 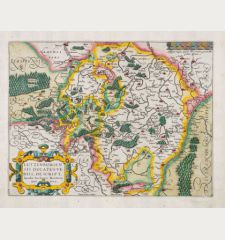 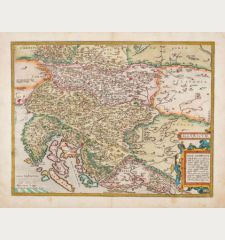 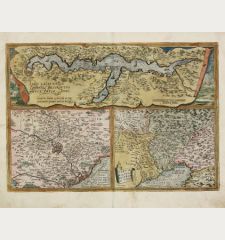 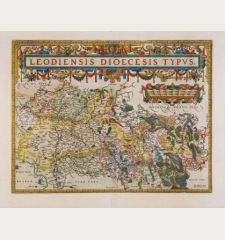