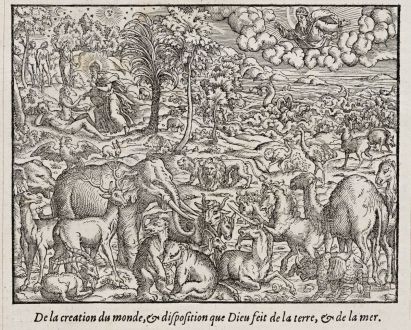 Francois de Belleforest (*1530 - †1583)
Woodcut of an old master drawing. Paradise with Adam and Eve. Printed in Paris by Nicolas Chesneau, Michel Sonnius in 1575.

A beautiful woodcut of the Paradies with Adam and Eve. 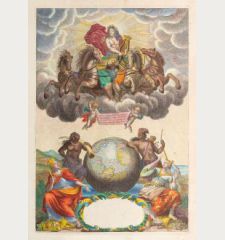