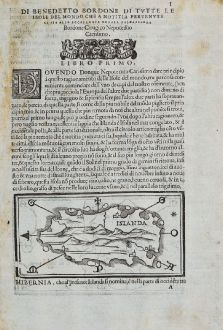 Early woodcut map of Iceland by Benedetto Bordone. On verso the map of Ireland.

A bit stained in the margins. Very good condition. 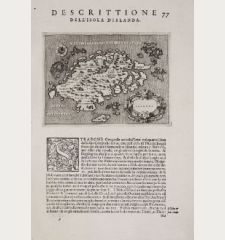