Large realistic woodcut view of Methoni on the southwestern end of the Peloponnese. From the earliest printed travel guide 'Terram Sanctam Peregrinatio' by Bernard of Breydenbach, printed in Mainz on 14 February 1486, after travel sketches of the painter Erhard Reuwich of Utrecht.

Reimar Walter Fuchs about this book in his dissertation 'The Mainz early printed books with woodcuts 1480-1500': 'The artistically most important work among the illustrated Mainz incunable and one of the most famous books that have appeared since the invention of Gutenberg in Mainz. Bernard of Breydenbach who died in 1497 in Mainz, dean of the cathedral, describes his three quarterly pilgrimage to the tomb of Christ in Jerusalem and the tomb of St. Catherine of Alexandria on Mount Sinai, which he made 1483/1484 together with Earl John of Solms, the knight Philip of Bicken and the painter Erhard Reuwich of Utrecht. The unique illustration of their time that have been created out of Reuwich's travel sketches, made the work to a celebrated book.

Primarily well known are the large-sized, in part, by several wooden blocks printed and folding plates composite views of Venice, Porec, Corfu, Modon, Candia and Rhodes and the map of Palestine with the city of Jerusalem. The high artistic quality and technically perfect production of the graphic work has often been honoured, because of the art historical as well as of the historical significance of the views, the first realistic printed topographic city views.'

The large, dominant sailing ship in the foreground was copied into the Columbus letter of 1493/94 (see image left, source: Osher Map Library, University of Southern Maine). Davies mentioned in 'Bernhard von Breydenbach and his journey to the Holy Land 1483-4': 'The most noteworthy instance of plagiarism from Reuwich's cuts, (hitherto unnoticed, so far as the present writer knows) is that in the famous letter of Christopher Columbus translated in 1493. The Basle edition of 1494 has four woodcuts, the first and last of which contain figures of ships, generally considered to be, as is natural, virtually authentic pictures of the Admiral's own vessels. It is obvious, however, on comparison with the figures in the Breydenbach views, that the first Columbus cut is directly copied (and reduced) from the Pilgrims' vessel seen in the view of Rhodes ; and the fourth cut, from that in the Modon view. Both are reversed in copying as regards left and right, but the details are the same, even (in the case of the first cut) down to the Lion of Venice on the awning, and the two flags at stern, which are now turned towards the head of the vessel so as save space laterally. The Jerusalem cross at the head, the copyist had sense enough to omit: even the cattle in the pens are retained'.

Bernhard von Breidenbach (Breidenbach), 1456 enrolment in Erfurt as Dr. jur., canon in Mainz, 1477-91 treasurer of the secular city court, 1483-84 pilgrimage to Jerusalem and to Sinai, the description, with beautiful woodcuts provided by Erhard Reuwich, published 1486 in a German and Latin print and widely distributed. (Deutsches Literatur-Lexikon: Francke, Saur 1968) 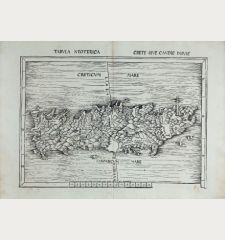 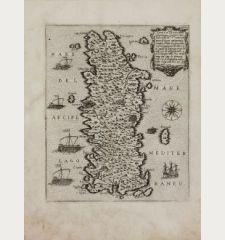 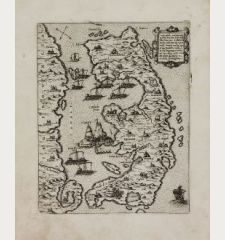 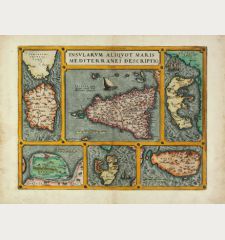 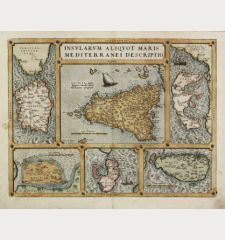 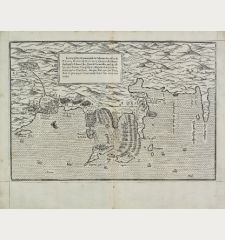 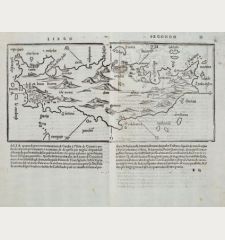 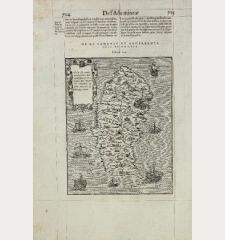 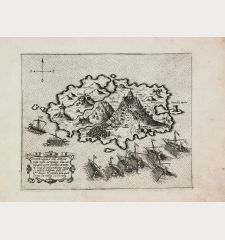 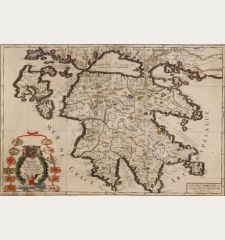 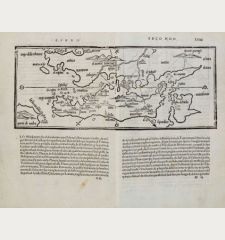 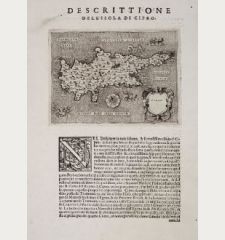 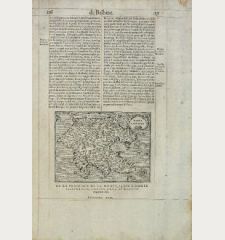 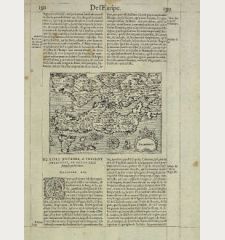 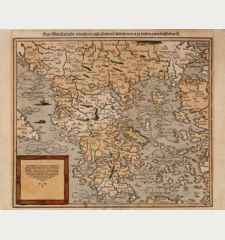 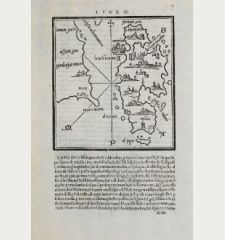 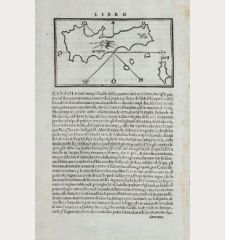 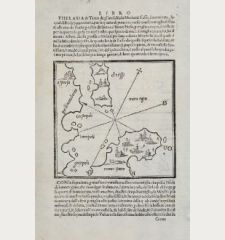 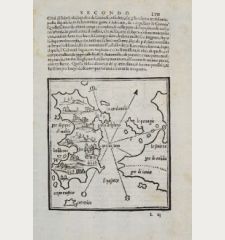 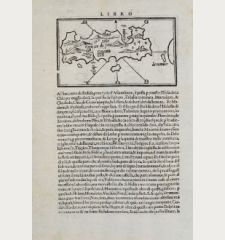 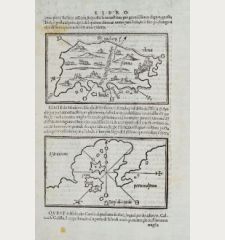