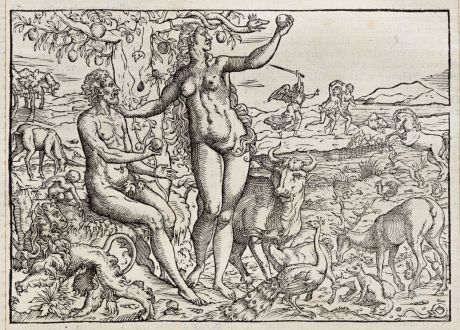 A beautiful woodcut of Adam and Eve.