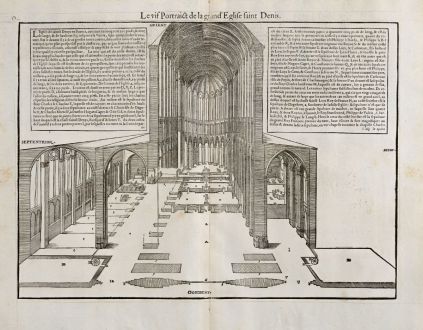 Large and rare woodcut view of the interior of the Basilica of St Denis close to Paris. The large medieval abbey church was completed in 1144 is considered to be the first Gothic church.