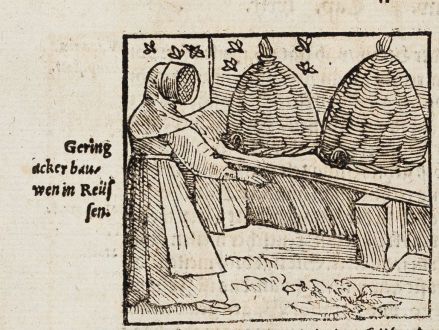 Sebastian Münster: Gering ackerbau wen in Reüssen.
Woodcut of an animal. Beekeeper, bees. Printed in Basle by Heinrich Petri in 1574.