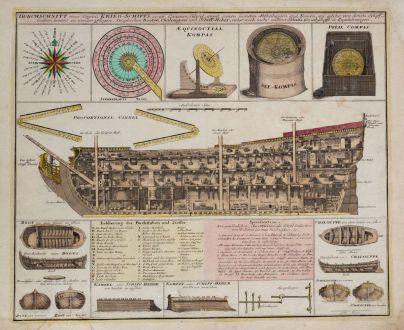 Engraving of a three-masted warship. With great detail of the ship's equipment, construction and rigging. In the centre a large and extraordinarily detailed cutaway view. Surrounded by cross-section views, ribbing and planking details, instruments for navigation, compasses and dry docks.