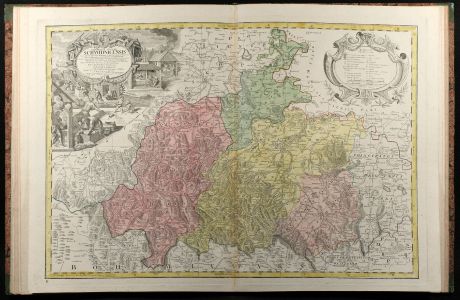 Homann Erben
Old coloured atlas of Silesia by Homann. With 20 engraved maps. Published in Nuremberg in 1750. 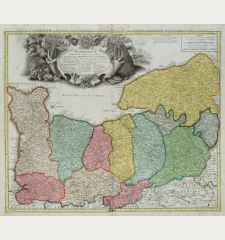 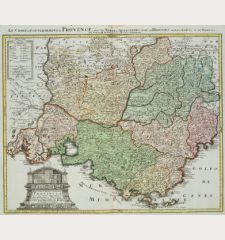