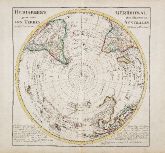 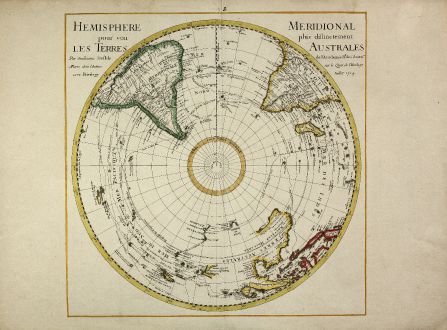 First edition of the important map of the southern hemisphere by de l'Isle in early strong colours, first published in 1714. This early map of the South Polar regions became the standard map for Dutch and French cartographers during the 18th Century and has been copied by Covens & Mortier, Buache, Dezauche and others.