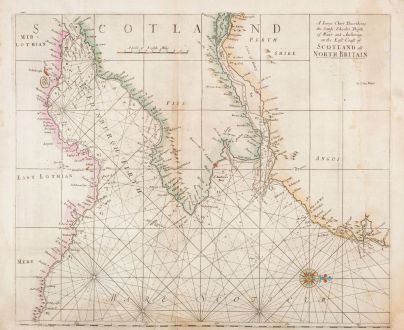 A large Chart describeing the Sands Shoales Depth of water and Anchorage on the East...

Rare sea chart of the North Sea coast of Scotland by J. Thornton. Showing the east coast of Scotland with the sea lochs Firth of Forth and Firth of Tay, the mouth of the rivers Forth and Tay into the North Sea. The detailed coastline from Dunbar, via Edinburgh, St. Andrew, Dundee to Montrose in the north. With details of water depth, sandbanks and anchorages. Decorated with rhumb lines and a compass rose. Published by John Marr in London around 1720.

John Thornton was an English cartographer in the second half of the 17th century. He called himself Hydrograph to the Hudson Bay Company and the East India Company, but there is no evidence of his activity for the companies. In 1677 he entered into a partnership with John Seller together with William Fisher, John Colson and James Atkinson, which lasted only until 1679. Thornton and his colleague took over much of Seller's business. After Thornton's death in 1708, his son Samuel took over the business, but he died shortly afterwards and the stock was finally taken over by Mount and Page.

In Thornton's name the following atlases appeared among others:

John Thornton: A large Chart describeing the Sands Shoales Depth of water and Anchorage on the East Coast of Scottland ats North Britain.
Coloured sea chart of Edinburgh, Firth of Forth. Printed in London by John Marr circa 1720. 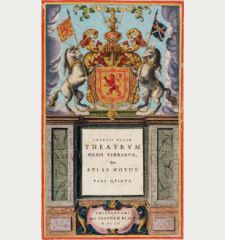 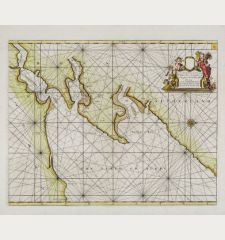 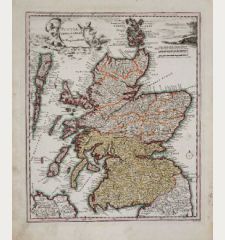 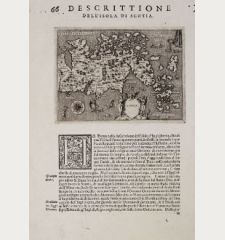 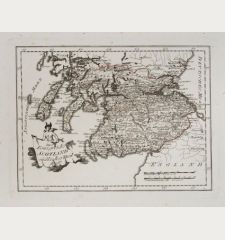 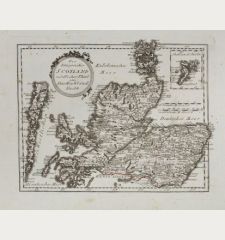