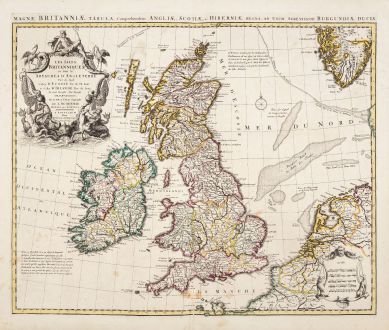 Antique map of Great Britain and Ireland by Guillaume de l'Isle. This is the Covens & Mortier edition of the detailed map by G. de l'Isle. With England, Wales, Ireland, Scotland, parts of the Netherlands and the south of Norway. A splendid title cartouche to the upper left. 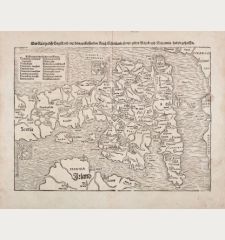 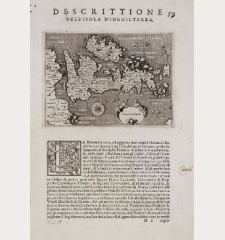 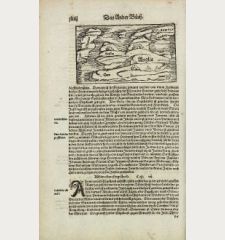