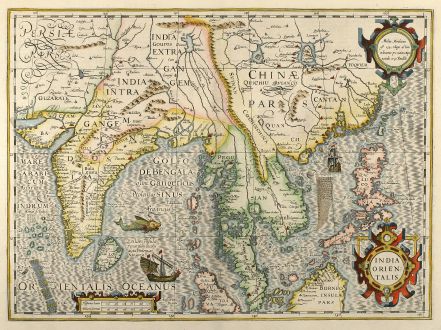 Beautiful coloured map of India, the Malay Peninsula, China and the Philippines, Thailand and Cambodia and parts of Sumatra with Borneo from a French edition of the Mercator-Hondius Atlas. With two full coloured cartouches, a mileage scale, two sailing ships and a sea monster. 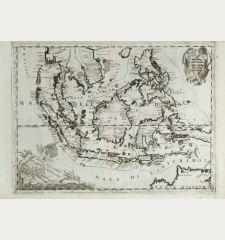