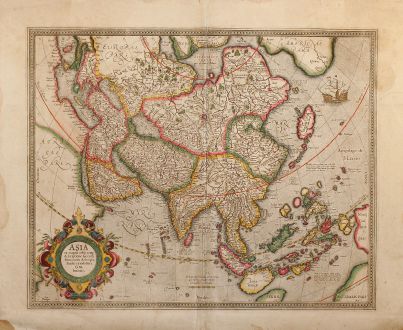 This map first appeared in the famous Mercator "Atlas Sive Cosmographicae" of 1595, later puplished until 1633 in Mercator Hondius Atlases.

Small tears and some toning in margin, repairs on centerfold and lower margin. Fine impression.