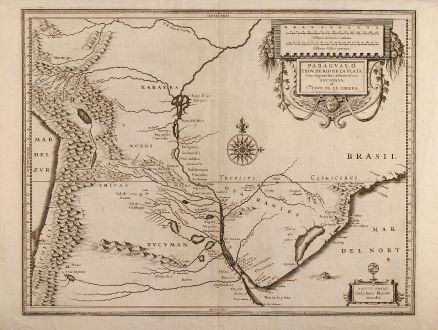 Attractive map of Paraguay. Wtih 2 cartouche and a seamonster.