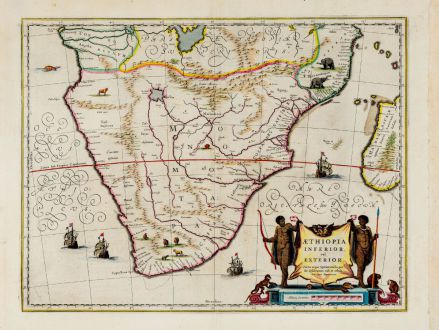 Engraved antique map of South Africa by Joan Blaeu. The beautiful cartouche shows tribal warriors with spears and bows, including turtles and monkeys. With sailing ships and various wild animals of Africa including elephants.